Oakland, CA — On the eve of the World Bank’s annual meetings, taking place from October 8-14, 2018, a new report, The Great Ventriloquist Act, exposes the devastation caused by the Bank’s growth-at-all-costs vision for India.

India has historically been one of the World Bank’s largest recipients, having borrowed over US$100 billion over the last seven decades. With India’s shift to middle-income status in recent years, the Bank has found new ways to push its agenda on the country — by rewarding India for adopting Bank-backed pro-corporate policy reforms via the Doing Business rankings (DBR). Last year alone, India leapfrogged a staggering 30 positions in the DBR, but this jump has come at an enormous cost for both people and the environment.

The Great Ventriloquist Act: The World Bank’s Bad Business in India exposes how India’s one-track focus on improving its DBR has allowed massive environmental, labor, and human rights abuses to take place. Most appalling is the case of Vedanta Resources Plc, a company that benefitted from the removal of environmental safeguards and was able to operate a damaging copper smelter within the city limits of Thoothukudi in Tamil Nadu — a mere 8.4 miles away from the ecologically fragile Gulf of Mannar Biosphere reserve. Not only has the smelter been responsible for massive environmental destruction, it was the site of a massacre of 13 activists protesting its expansion in May 2018.

“Vedanta’s actions and impunity reveals the horrific cost borne by local communities of the Bank’s desire to create an unfettered business environment in India,” said Anuradha Mittal, Executive Director of the Oakland Institute. “The Bank’s narrow focus on easing business at all costs is responsible for the death and destruction of communities worldwide, all in the name of corporate profit. This is not development, this is devastation.” 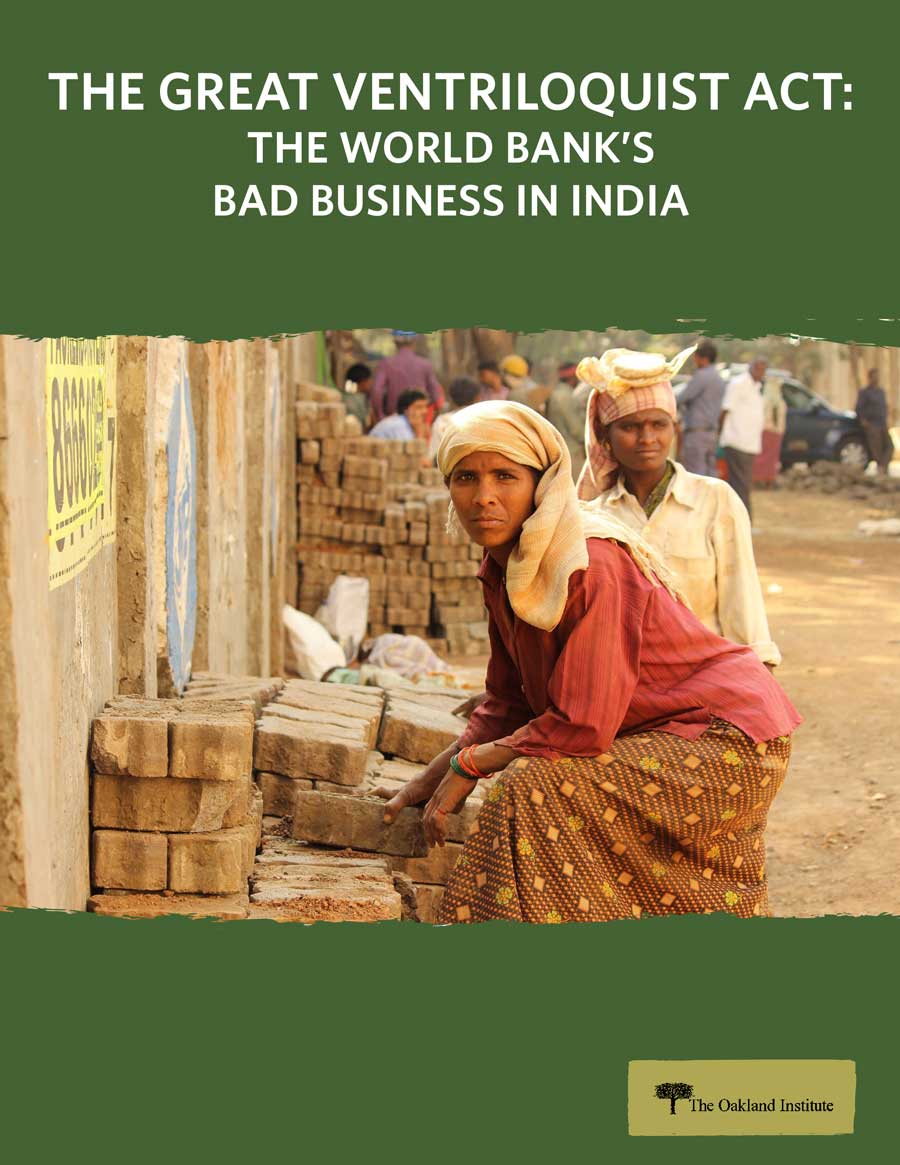 The report also reveals the sinister ways that the Doing Business reforms are impacting state-level policies. Whereas the DBR typically pit developing countries against each other by scoring them on their pro-business reforms, in India individual states are now also being evaluated and ranked with the assistance of the Bank. Using the federal structure, the Indian government has now fostered a predatory race nationwide, with states destructively having to compete against one another to be more attractive to businesses and investors.

The Great Ventriloquist Act is part of the global Our Land Our Business campaign, launched in 2014 by more than 280 organizations worldwide to call for an end to the Bank’s Doing Business and Enabling the Business of Agriculture ranking programs. To date, the campaign has successfully led to the withdrawal of two of the five anchor donors to the Bank’s Enabling the Business of Agriculture rankings. The report renews global demands to end both ranking programs once and for all.

“As officials from around the world arrive for the annual meetings, it is vital that they hear the truth and understand the devastation resulting from their policies in India — the true cost of the economic growth that has been celebrated by the Bank,” said Mittal. “Rewarding countries for policy reforms that exacerbate inequality, reduce labor protections, and harm the environment is, simply put, unconscionable. There is no other acceptable way forward than to put a full stop to the Doing Business rankings.”

For more information on the Our Land Our Business Campaign, please see: http://ourlandourbusiness.org/