Oakland, CA — A landmark report from the Oakland Institute, Taking On the Logging Pirates, Land Defenders in Papua New Guinea Speak Out! elevates the voices of communities across the country who are opposing the theft of their land, made possible by the corrupt practices of local officials and foreign companies.

In recent years, Special Agriculture and Business Leases (SABLs) — a government scheme — has been instrumental in fueling land grabs all over the country, with over 5.5 million hectares given away to foreign companies. Considering the pre-existing logging concessions, now over 15 million hectares –more than one third of the country — are in the hands of foreign firms.

“The context in which we release this report is one of complicity and inaction by the PNG government in the face of a massive fraudulent scheme that deprives people of their land and livelihoods,” said Frederic Mousseau, Policy Director at the Oakland Institute. “These first-hand testimonies detail the theft of land and share a poignant account of people’s resistance, whereby those challenging land grabs face repression and harassment,” he continued. 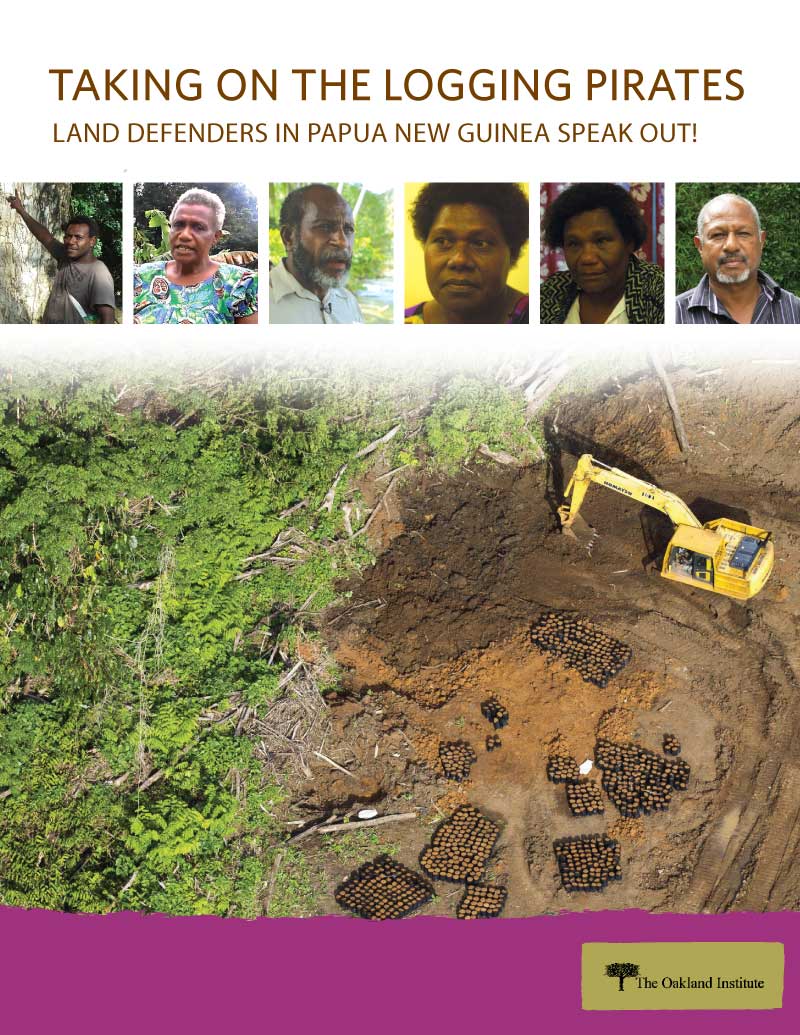 Three years after an official investigation identified many flaws and irregularities with the SABL scheme, and pointed to widespread corruption and illegality of the land deals, the government has failed to take any action to remediate the situation. In the meanwhile, the country has surpassed Malaysia in becoming the world's top exporter of tropical wood.

“The situation is one of despair with 1/3 of the land in the hands of foreign corporations, and the struggle on the ground so unequal and unfair. Taking On the Logging Pirates, however, shines light on several victories and successes scored by the communities against the logging firms and palm oil conglomerates. These testimonies demonstrate that this land grab is stoppable,” concluded Mousseau.

Taking On the Logging Pirates follows two previous reports and a film by the Oakland Institute, that have documented land grabbing and widespread tax evasion by a handful of Malaysian firms, including the multi-industry conglomerate Rimbunan Hijau.

END_OF_DOCUMENT_TOKEN_TO_BE_REPLACED

On Our Land is a full film that details the massive land rush taking place in Papua New Guinea.