Oakland, CA — Today, the Oakland Institute releases Kuipoteza Serengeti, Ardhi Ya Wamasai Iliyopaswa Kudumu Milele, a Kiswahili translation of the report Losing the Serengeti: The Maasai Land that was to Run Forever.

Based on field research, never publicly-seen-before documents, and an in-depth investigation into Tanzania’s land laws, the report reveals how Tanzania’s Maasai are facing appalling levels of human rights abuses in the name of conservation and the promotion of safari tourism in the Ngorongoro and Loliondo regions. The report specifically exposes the devastating impact of two foreign companies on the lives and livelihoods of the Maasai – Tanzania Conservation Ltd (TCL), a safari business operated by the owners of Boston-based high-end safari outfitter Thomson Safaris and the United Arab Emirates (UAE)-based Ortello Business Corporation, which runs hunting excursions for the country’s royal family and their guests. 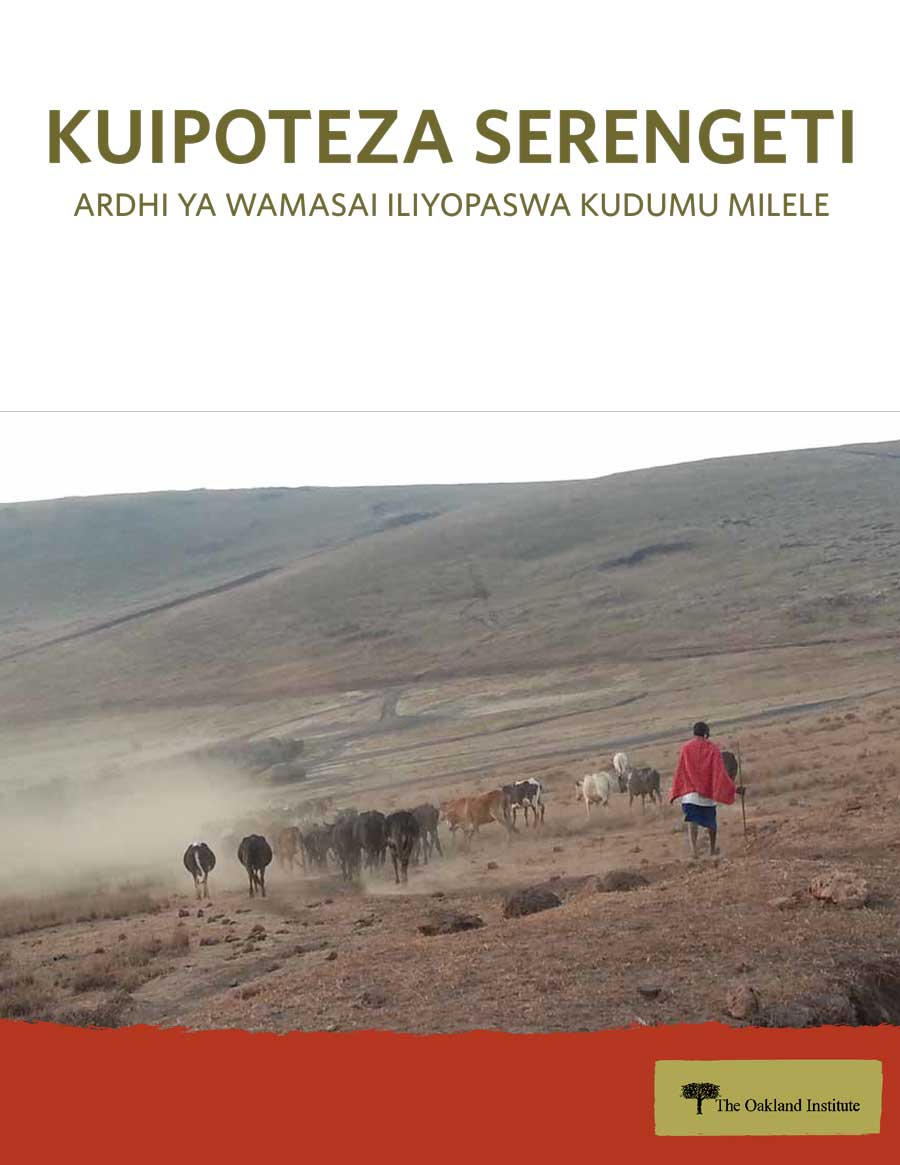 The Kiswahili version of Losing the Serengeti is released in a climate of growing repression and fear in the Loliondo and Ngorongoro regions. Since its English-language release in May 2018, the Tanzanian government has denied the report’s findings while intensifying repression and intimidation towards the Maasai villagers who dared to speak out about their situation. After threatening those who assisted the Oakland Institute’s research, the government began targeting members of four villages who are seeking justice at the East African Court of Justice (EACJ) for the state-sanctioned violent evictions that took place in August 2017.

In late May, leaders and community members from these four villages were detained and interrogated by local police who pressured detainees to withdraw their case. Several were arrested and summoned to the local police, making it impossible to attend important court hearings in Arusha. A village chairman, the second applicant in the case, and another villager remain in custody, having been detained for over two months. In addition, on June 29th, 12 Maasai, including children, from Ololosokwan village were attacked by Tanzanian soldiers who were accompanied by an employee of the Ortello Business Corporation.

“The Oakland Institute stands in solidarity with the Maasai communities. We release this Kiswahili version of the report to support their struggle for justice and bring public scrutiny to the injustices they are facing and the shocking repression orchestrated by the government,” said Anuradha Mittal, Executive Director of the Oakland Institute and lead author of the report.