Oakland, CA - As a USAID International Engagement Conference for South Sudan gets underway in Washington DC tomorrow and Thursday (Dec. 14 and 15), a new report cautions against foreign land investments that are being promoted as a solution for development in the new nation. 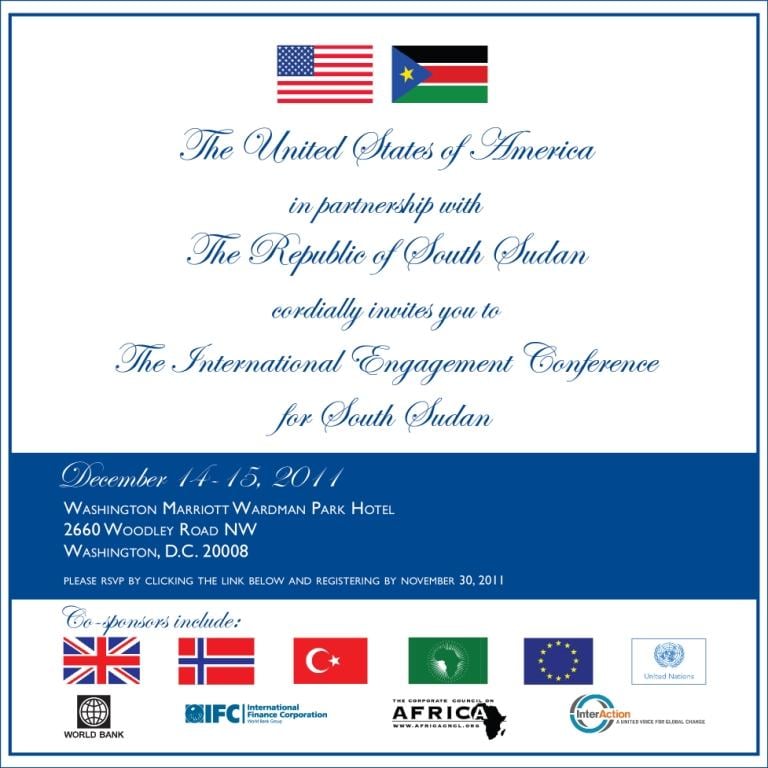 This conference to promote foreign investment is organized by the USAID in collaboration with United Kingdom, Norway, Turkey, the European Union, the African Union, the United Nations, the World Bank, the International Finance Corporation, the Corporate Council on Africa, and InterAction. The event's organizers will outline development priorities for South Sudan and set policy foundations for international-donor and private-sector engagement. The agenda will address specific investment opportunities in oil and renewable energy, information and communication technology, and agriculture.

"Competition over land and natural resources was among the root causes of the civil war in South Sudan. The war has now ended, but land issues continue to plague the new nation," said David Deng, author of the just released Oakland Institute's report, Understanding Land Investments in Africa: South Sudan. "As South Sudan opens for business, foreign companies are flocking to invest in the new country and buy up land. For a school, a health center, some vague promises of employment opportunities, or a couple thousand dollars in annual lease payments, companies are given long-term leasehold rights of up to 99 years, often without the knowledge of the local populations living on the land."

Deng said that investors find eager partners in government officials and community elites who view foreign investment as a solution to the country's problems of poverty, food insecurity, and underdevelopment. However, according to Deng, these local parties often don't recognize the power that they are give giving away in these deals with foreign partners.

The report describes how the government's approach is enabling  a rush for land in South Sudan by conflating investment and development--and promoting the myth that if left to its own devices, the private sector can deliver win-win outcomes for everyone. It describes the end result as a 21st century land rush, the scale of which has not been seen since colonial times. "If this land rush is left unchecked," Deng notes, "it will almost certainly undermine efforts to secure a lasting peace in South Sudan."

"The government of South Sudan is being urged by donor countries and development agencies, including the World Bank, to promote large-scale private investments as a shortcut to improve food security and stimulate economic development," Anuradha Mittal, executive director of the Oakland Institute, said. "Our research and analysis of several land investments in South Sudan reveals that these projects are far more likely to undermine food security by moving people away from land and natural resources that that they need to live."

The OI report says that between 2007 and 2010, an estimated 5.15 million hectares has been sought or secured in the country by private interests in the agriculture, agrofuels, forestry, carbon credit, and ecotourism sectors. In addition it shows:

* Land deals ignore land rights of community landowners. Ownership and control over land and natural resources was at the heart of the struggle in South Sudan. The transfer of large areas of land to foreign private interests will undermine a system based on community land ownership and concentrate ownership in a small number of foreign companies.

* Large-scale land investments currently underway do not comply with domestic law. Companies rarely consult with residents in affected communities or conduct environmental and social impact assessments, greatly increasing the risks of adverse impacts for host populations while increasing the chances of local opposition when the companies come to the ground to begin project operations.

* International financial institutions and donor countries may compromise peace-building efforts by encouraging the government to make land available to foreign companies. The government of South Sudan has embarked on a campaign with a consortium of development partners to promote agricultural investment in South Sudan, despite the lack of a regulatory framework to manage the influx of investment. By prioritizing foreign private-sector interests over those of the rural poor, such initiatives may inadvertently undermine the new social contracts that are necessary for a sustainable peace.

* The government of South Sudan should place limits on land-based investment until it can put in place an appropriate regulatory framework that protects rights and livelihoods of communities. It must also follow through on its commitments to review land leases issued during the interim period and to ensure that they comply with relevant legal standards.

The Oakland Institute's country report and additional information on South Sudan are available at http://www.oaklandinstitute.org/land-deals-africa/south-sudan.