Palestine: For Land and Life

2017 marks 70 years since the Nakba — the Catastrophe — which resulted in the forced displacement of hundreds of thousands of Palestinians from their land and homes; 50 years since the Six-Day War and Israel’s military occupation of the West Bank and Gaza Strip; and 100 years since the Balfour Declaration, which laid the foundation for a Jewish homeland in Palestine. 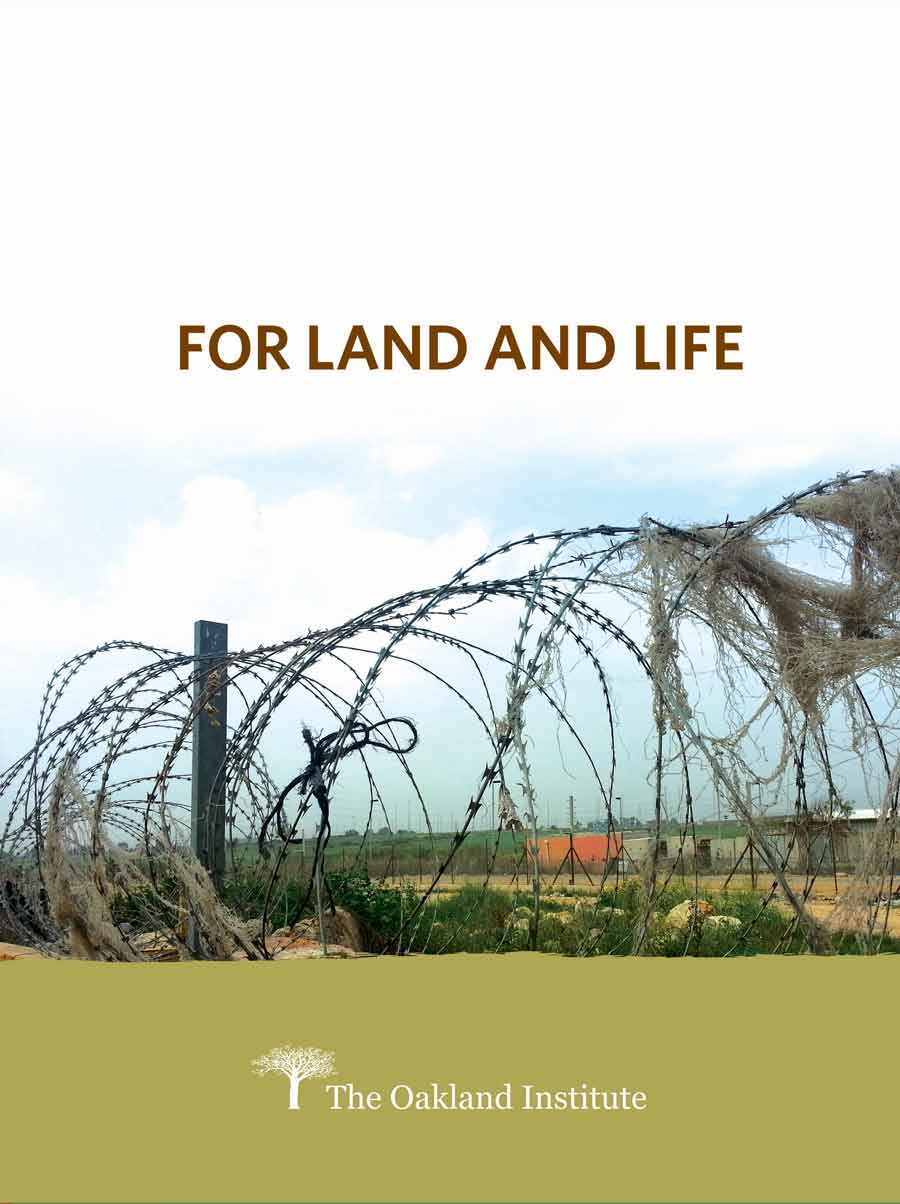 “The series, Palestine: For Land and Life, offers not only a glimpse of devastation, but emphasizes the resilience of everyday life in the Occupied Territory,” said Anuradha Mittal, the lead author and Executive Director of the Oakland Institute. “From life in a refugee camp to the nonviolent struggle against settlements in Hebron; from farmers walled off from their fields in Jenin to the incredible story of Canaan Palestine, which has single-handedly benefitted over 15,000 Palestinian farmers; from Bedouin villages turned into rubble to inspiring success stories of farmers and citizens regaining control over their crops and biodiversity once lost to the occupation — the reports humanize one of the most polarizing issues of our time while showcasing multiple forms of resistance to the occupation.”

Woven throughout the series is an analysis of Israeli laws and military orders and their impact on Palestinian land and life alike, exposing policies that have systematically robbed generations for decades.

“In recent months, Israeli policies have become even more aggressive — including new settlement construction, downgrading Arabic as an official language, and retroactively legalizing outposts in the West Bank,” continued Mittal.

At the same time, the United States’ support for aggressive Israeli policies is greater than ever. During his election campaign, Donald Trump signaled strong support for Israel, promising to move the US Embassy in Israel from Tel Aviv to Jerusalem. He appointed David Friedman, a notorious donor and supporter of illegal settlements on Palestinian land, as the US Ambassador to Israel. This fall, both houses of Congress are debating legislation that would criminalize the nonviolent Boycott, Divestment, and Sanctions (BDS) campaign against Israel and Israeli settlements.

Building upon the work of countless dedicated Palestinian and Israeli civil society organizations, Palestine: For Land and Life aims to inform the public debate by presenting a comprehensive and non-partisan overview of the situation today.