As the world’s largest proposed carbon capture and storage (CCS) pipeline applies for permits amidst growing resistance from concerned citizens, The Midwest Carbon Express: A False Solution to the Climate Crisis, debunks the project and reveals the checkered history of the man behind it — Bruce Rastetter.

Despite these claims, the Midwest Carbon Express faces strong opposition from diverse stakeholders, including Indigenous communities, Iowa landowners, and environmental groups. The Great Plains Action Society (GPAS), a non-profit advocating for Indigenous communities throughout the Midwest, has instead called for an urgent “reduction and phasing out of fossil fuels as a wider part of a just transition.” Landowners, impacted by the pipeline, have vocally opposed the project during consultation meetings.

The Midwest Carbon Express: A False Solution to the Climate Crisis also examines the credentials of Bruce Rastetter, the founder and CEO of Summit Climate Solutions’ parent company. A prolific political donor who made his fortune in agribusiness consolidating the livestock industry, Rastetter has spent millions on federal, state, and local politics over the past two decades, wielding great influence in Iowa.

The ultimate fate of the Midwest Carbon Express CO2 pipeline is expected to be decided in the next year. The world has already been irreversibly altered by climate change. The Midwest Carbon Express: A False Solution to the Climate Crisis sounds the alarm that there is no time to waste on false solutions promoted by the same interests who have brought us to this catastrophe. 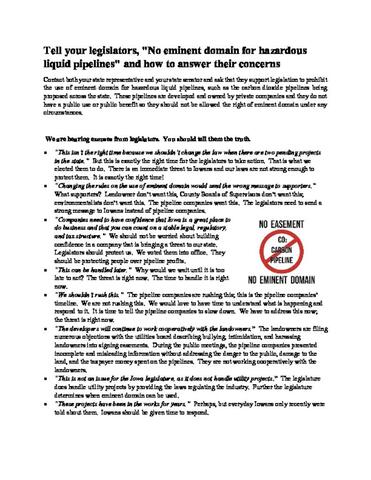