Indian firms have a sprawling land empire abroad, especially in Ethiopia, as part of a move encouraged by different governments to safeguard the nation's food supply. But is the policy truly succeeding in helping feed over a billion Indians?

Erratic weather in India repeatedly causes a scare about low food stocks and rising inflation. As agricultural productivity in India has significantly come down, many Indians are looking to Africa, particularly Ethiopia, buying large tracts of agricultural land to safeguard food supply. 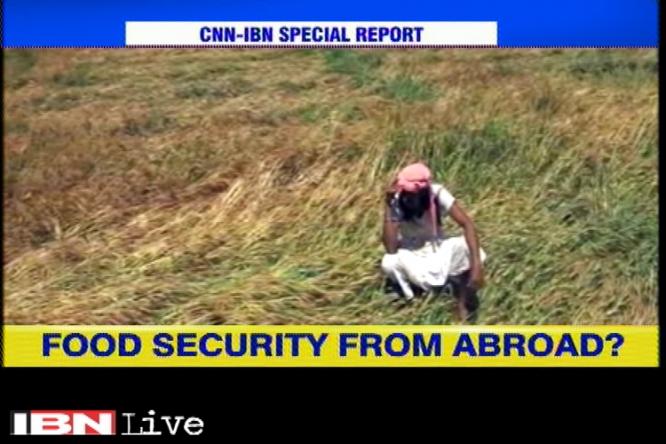 Indian firms have a sprawling land empire abroad, especially in Ethiopia, as part of a move encouraged by different governments to safeguard the nation's food supply.

According to the global land monitoring agency Land Matrix, India is the biggest investor in land in Ethiopia, accounting for 70 per cent of the land acquired by foreigners since 2008.

Firms from India have acquired over 600,000 hectares of land in the country, which is more than 10 times the land acquired by the companies in India under the 2005 Special Economic Zones policy.

US policy think tank, the Oakland Group, says that Hyderabad-based Karaturi Global operates 300,000 hectares of land to grow palm oil, cereals and pulses, leasing the land for a mere 1.81 crore per year for 50 years.

Apart from these, S&P and Energy Solutions operate 50,000 hectares of prime land to grow biofuels and edible oils, leasing the land for 2.2 crore per year for 50 years.

According to the US think tank, BHO Agro PLC operates 27,000 hectares of land to grow cereals, pulses and edible oils, leasing the land for 93 lakh per year for 50 years.

Exports to India from Ethiopia are primarily vegetable products which jumped from $2.7 million to $28.5 million between 2006 and 2012.

Despite strategic holdings and the influx of food grains from those holdings, India topped the United Nations' 2015 World Hunger list surpassing China. This highlighted that despite the supply, problems persist with the delivery system, which cannot meet the basic needs of millions of Indians.