OAKLAND, CA — A new briefing paper by The Oakland Institute, Evicted for Carbon Credits: Norway, Sweden, and Finland Displace Ugandan Farmers for Carbon Trading, brings forward irrefutable evidence that the Norwegian forestry and carbon credit company, Green Resources, forcibly evicted villagers around their plantation in Kachung, Uganda. The establishment of the plantation on land previously used by subsistence farmers precipitated an on-going food security crisis that has not been addressed by the company, its financiers, nor the Ugandan government. 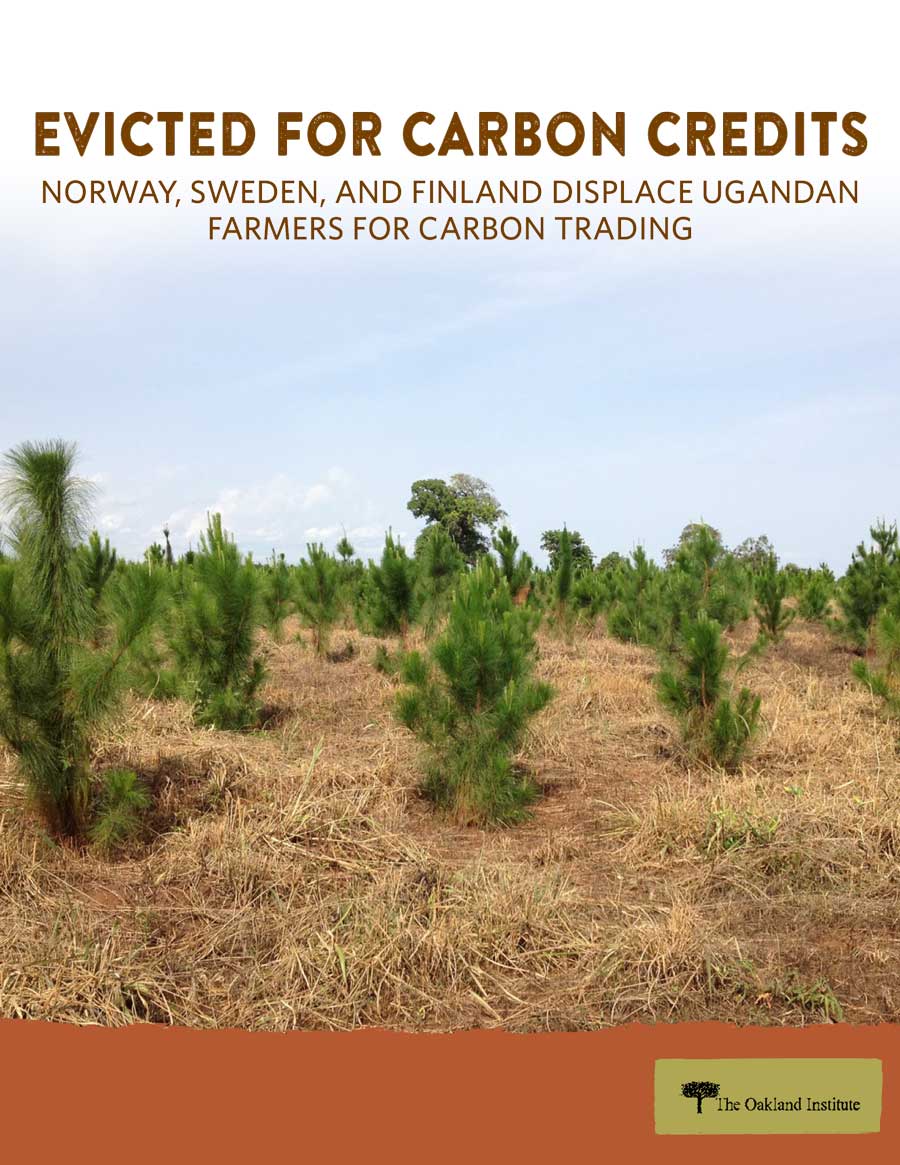 Green Resources has been the subject of two reports published by the Institute in 2014 and 2017. The exposés documented the plantation’s destructive impact on the local population as well as the misleading audit commissioned in 2017 by the Swedish Energy Agency — Green Resources only carbon credit buyer. Company documents released with the briefing paper — including letters threatening the local villagers, corroborate the Institute’s previous findings.

Evicted for Carbon Credits implicates Green Resources’ new majority shareholders, the public development institutions of Norway and Finland — Norfund and Finnfund — which rescued it from bankruptcy in July 2018. These institutions are aware of the land grab, yet continue to finance the project despite Green Resources’ abuse against the communities at Kachung.

The report also exposes the complicity of three prominent international certification bodies — the Forest Stewardship Council (FSC), The United Nations’ Clean Development Mechanism (CDM), and the Climate, Community, and Biodiversity Alliance (CCBA) — that are supposed to verify the company’s compliance with environmental and social standards. Evicted for Carbon Credits analyzes how several of their monitoring and assessment reports omitted or downplayed the impacts of the land grab.

“Based on flawed audits, the accreditation Green Resources received from the certification agencies calls into question their commitment to social and environmental standards. In the name of fighting climate change, they claim that a large-scale plantation of non-native pine trees, which are to be cut and sold as timber, is preferable to subsistence activities of African farmers,” said Frédéric Mousseau, Policy Director of the Oakland Institute. “As thousands of Ugandan villagers struggle to survive after the loss of their land and natural resources to the plantation, the institutions and government agencies that enable Green Resources to operate must be held accountable for their wrongdoings and their complicity in this land grab.”

“Beyond the need for accountability, that such a flawed project could run with the backing of three European governments, several international bodies, and specialized private auditing firms, raises serious questions around the true motives of these institutions as well as the purpose and the functioning of the whole carbon economy,” Mousseau concluded. 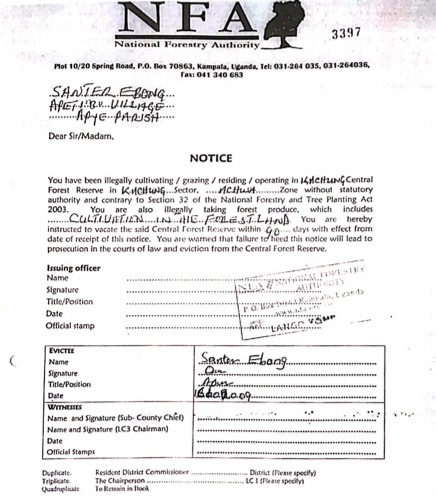