On September 7, 2015, the authorities charged Pastor Omot Agwa, Ashinie Astin, and Jamal Oumar Hojele under the anti-terrorism law after detaining them for nearly six months. The charge sheet refers to the food security workshop, which was organized by an indigenous rights group and two international organizations, as a "terrorist group meeting." The three were arrested on March 15 with four others while en route to the workshop in Nairobi, Kenya. Three were released without charge on April 24, and a fourth on June 26. 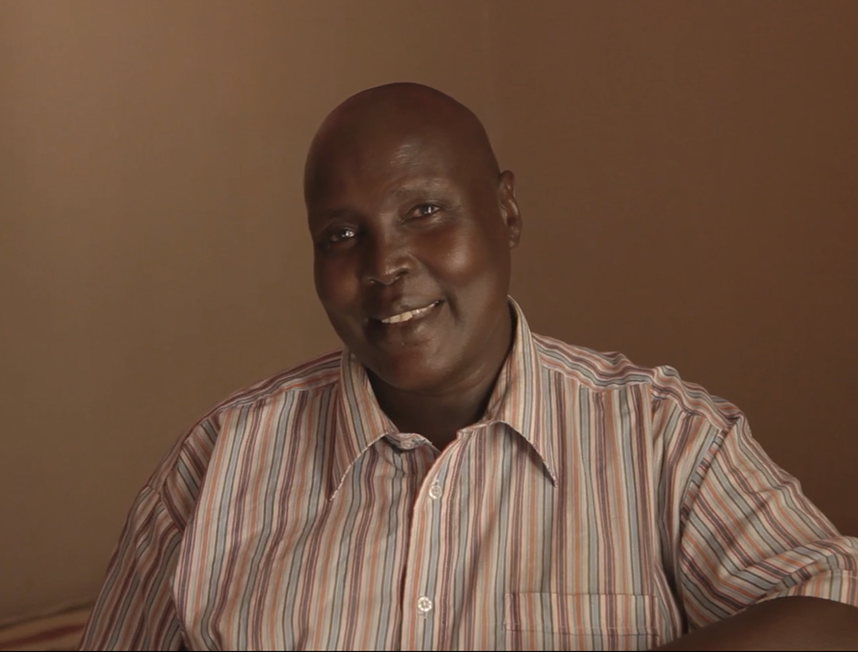 “Ethiopia should be encouraging debate about its development and food security challenges, not charging people with terrorism for attending a workshop organized by respected international organizations,” said Miges Baumann, deputy director with Bread for All. “These absurd charges should be dropped immediately.”

Pastor Omot of the evangelical Mekane Yesus church in Ethiopia’s Gambella region was an interpreter for the World Bank Inspection Panel’s 2014 investigation of a complaint by the Anuak indigenous people alleging widespread forced displacement and other serious human rights violations in relation to a World Bank project in Gambella. He had raised concerns with workshop organizers about increasing threats from Ethiopian security officials in the weeks before his arrest.

The food security workshop in Nairobi was organized by Bread for All, with the support of the Anywaa Survival Organisation (ASO) and GRAIN. Bread for All is the Development Service of the Protestant Churches in Switzerland. ASO is a London-based registered charity that seeks to support the rights of indigenous peoples in southwest Ethiopia. GRAIN is a small international non-profit organization based in Barcelona, Spain that received the 2011 Right Livelihood Award at the Swedish Parliament for its “worldwide work to protect the livelihoods and rights of farming communities."

The charge sheet accuses Omot of being the co-founder and leader of the Gambella People’s Liberation Movement (GPLM) and communicating with its leaders abroad, including ASO  director Nyikaw Ochalla, who is described in the charge sheet as GPLM’s London based “senior group terrorist leader.” Omot faces between 20 years and life in prison. Ashinie is accused of participating in the GPLM, including communicating with Nyikaw and preparing a research document entitled “Deforestation, dispossession and displacement of Gambela in general and Majang people in particular.” Jamal Oumar is accused of being a participant of a “terrorist group” and of organizing recruits to attend the Nairobi workshop.

The GPLM is not among the five organizations that the Ethiopian parliament has designated terrorist groups. It is an ethnic Anuak organization that fought alongside the Tigrayan People’s Liberation Front (TPLF) to oust the repressive Derg regime in the 1990s, and was folded into the Ethiopian People’s Revolutionary Democratic Front (EPRDF) power structure in 1998. Currently the GPLM has no public profile, no known leadership structure, and has not made any public statement of its goals.

“For the government to make criminal allegations against me because I assisted in coordinating a workshop about land and food issues in Ethiopia is simply incredible,” said Nyikaw Ochalla, ASO executive director. “Trying to give indigenous people a voice about their most precious resources – their land and their food – is not terrorism, it’s a critical part of any sustainable development strategy.”

All three detainees were recently moved to Kalinto prison, on the outskirts of the capital, Addis Ababa, after spending more than five months in Maekelawi, the Federal Police Crime Investigation Sector in the city. Human Rights Watch and other organizations have documented torture and other ill-treatment at Maekelawi. Omot, and possibly the other two, were held in solitary confinement for three weeks upon their arrest, and all have had limited access to family members. Jamal and Omot have reportedly been in poor health.

The detainees were held 161 days without charge, well beyond the four months allowed under Ethiopia’s Anti-Terrorism Proclamation, a period in violation of international human rights standards and among the longest permitted by law in the world. The next hearing in the case is scheduled for October 22.

Since 2011, Ethiopia’s anti-terrorism law has been used to prosecute journalists and bloggers, opposition politicians, and peaceful protesters. Many have been accused without compelling evidence of association with banned opposition groups.

In August 2015, 18 leaders of protests by the country’s Muslim community were convicted and sentenced to between 7 and 22 years in prison. The ongoing trial of the members of a group called Zone 9 bloggers has been adjourned 36 times.

For more details on the case of Pastor Omot, please see below.

The organizations seeking the release of Omot, Ashine and Jamal are:

In February 2014, Pastor Omot acted as interpreter and facilitator for the World Bank Inspection Panel during its visit to Gambella to investigate a complaint brought by former Gambella residents concerning the bank’s Protection of Basic Services (PBS) program. The program funded block grants to regional governments, including paying salaries of government officials.

The former residents alleged that the program was harming them by contributing to the government’s abusive “villagization” program. The program forcibly evicted indigenous and other marginalized peoples from their traditional lands and relocated them to new villages. In its report to the World Bank board of directors, which was leaked to the media in December 2014, the Inspection Panel concluded that the bank had violated some of its own policies in Ethiopia.

In February, the World Bank board considered the Inspection Panel’s recommendations. Shortly thereafter, Omot reported that he was under increasing pressure from Ethiopian security personnel. While the Inspection Panel had not disclosed Omot’s identity in its report, it included a photograph of him with other community members, which was removed from subsequent versions. The week before his arrest, several people told Omot that a well-known federal security official from Gambella was looking for him.

On March 15, Omot texted an emergency contact that security officials at Addis Ababa’s international airport had detained him and the six others as they were heading for the workshop in Nairobi. Several days later, a witness saw four armed federal police officers and four plainclothes security officials take Omot, in chains, to his house in Addis Ababa, where they removed computers, cameras, and other documents.

The seizure of Omot’s computers and other materials raises concerns about the security of other Gambella community members the Inspection Panel interviewed. Given the severe restrictions on human rights investigation and reporting in Ethiopia, it is virtually impossible for rights groups to learn about reprisals in the villages the Inspection Panel visited.

Within days of Omot’s arrest, Human Rights Watch and other organizations alerted the World Bank Group president, Jim Yong Kim, and the European Union, US and Swiss missions in Addis Ababa. But on March 31, the World Bank board approved a new US$350 million agriculture project in Ethiopia. On September 15, the World Bank approved a $600 million Enhancing Shared Prosperity through Equitable Services project, which is replacing one of the subprograms of the Promotion of Basic Services program.