What is World Bank’s Business with Agriculture? | The Oakland Institute Skip to main content Skip to footer

What is World Bank’s Business with Agriculture?

In 2012, the G8 called for the World Bank “to develop options for generating a Doing Business in Agriculture index.” [1] With funding from the Gates Foundation, the UK, US, and Dutch and Danish governments, the project emerged in 2013 under the name Benchmarking the Business of Agriculture (BBA). The BBA methodology builds on its model indicator, the Doing Business ranking, which was developed by the Bank almost 12 years ago with very damaging collateral impact on the agricultural sector of the developing countries. [2] Initiated in late 2013, BBA pilot studies are underway in 10 countries, and will be scaled up to 40 countries in 2014. The indicator is expected to benchmark 80 to 100 countries by 2015. [3] 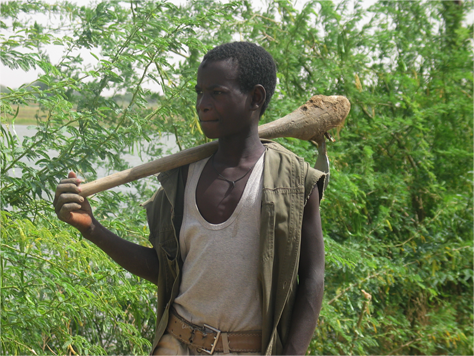 What is the BBA?

According to the World Bank, the BBA will reconcile in one broad indicator the “ability of smallholder farmers, agribusiness dealers and suppliers of other agricultural services to produce, sell and buy agriculture products.” The Bank argues that agriculture needs to be more productive to “help feed a projected population of 9 billion people by 2050.” [4] By placing smallholder farmers and agribusiness dealers on the same footing, despite these actors’ differences in economic power, needs, and objectives, and without crucial assessment of how the most vulnerable will be protected, the indicator risks damaging small-scale agriculture, an essential component of developing countries’ food security and food sovereignty.

One of the BBA’s main propositions is increased interaction between smallholders, agribusiness dealers, and suppliers of the agricultural sector through contract farming schemes, and through helping farmers access commercial seeds and chemical fertilizers. [5] This implies an increased dependency upon northern firms and corporate suppliers of inputs. The indicator overlooks key options that empower smallholders. For example, farmers cooperatives can provide smallholders with better market access. Rehabilitation and improvement of traditional seed production, plant breeding, and agro-ecological techniques can increase productivity while also providing self-reliance and independence from ever-fluctuating international agricultural produce markets. With regard to land, the BBA position is also unsatisfying, as the indicator argues that “formalization of rights will be needed at some point” to enter “commercialized agriculture sector,” [6] but does not accurately assess the risks of private titling reforms that threaten communities’ access to common areas of pasture, forest, or water sources. [7]

BBA Rankings and the One-Size-Fits-All Model

Similar to the Doing Business ranking, which was heavily criticized in a review made by an Independent Panel of Experts in June 2013, [8] the BBA will rank countries’ agricultural sectors side by side, even if they in no way resemble each other in terms of size, evolution, and orientation. Although the BBA team uses cautious language regarding the ranking process, it recognizes that “benchmarking produces comparisons and contrasts that will stimulate policy changes.” [9] A document from the Danish Aid Agency (DANIDA) – one of the project’s donors – revealed that “a key point for Denmark and other donors has been to maintain a ranking of the countries covered as is the case in Doing Business. Though there has been some resistance within the Bank of ranking different country groups in the past, this issue now seems resolved, and it is, therefore, anticipated that the agricultural index will contain country rankings from 2015.” [10]

Whether ranked or not, the BBA and the World Bank place countries on a linear development approach, telling leaders “where their economies are in the process of agricultural transformation.” [11] This pushes sovereign nations to adopt a one-size-fits-all model, which sets as a goal to achieve the “agricultural transition” towards a western input- and capital-intensive agriculture.

It is unlikely that such normative vision of agriculture will benefit smallholders who were not consulted on the project initiative and its implementation. This project will rather benefit agribusiness by advocating for opening of agricultural sectors and smoothing the way for large-scale land deals and natural resources exploitation. BBA is another example of the Bank denying the importance of smallholder farmers who work 80 percent of the land and produce 80 percent of the food consumed in developing countries. [12]

Share the video about the World Bank's strong arm tactics

* Alice Martin-Prével is a Policy Analyst at the Oakland Institute.

“Snapshot Background Note on Access to Seed,” The World Bank.

7. Liz Alden, Wily, The Tragedy of Public Lands: The Fate of the Commons under Global Commercial Pressure, CIRAD and International Land Coalition, 2011.