Senhuile, a foreign-owned agriculture company operating in Senegal, announced on April 28, 2014 that it had “revoked” its CEO Benjamin Dummai. A few weeks later Senegalese authorities arrested Dummai on charges of embezzling almost half a million dollars. Senhuile not only faces bankruptcy because of Dummai’s criminal behavior, but must also address the mounting pressure from local communities opposing its industrial agricultural plantations. Protestors have been unwavering in their opposition to the company’s illegitimate occupation of their land. The project has grabbed 20,000 hectares of environmentally protected land where over 9,000 people live and depend for their survival. Senhuile’s Italian shareholders, Tampieri Financial Group, have replaced Dummai with Massimo Castellucci, a finance manager who has been working for Tampieri for several years.

Dummai brought 30 years of business experience in diverse ventures in Latin America and Africa to Senhuile. He also brought a slew of suspicious connections and shady dealings. In Brazil, Dummai was charged with financial fraud, and he and his wife were found guilty of tax evasion. He operates several of the shell companies involved in the ownership of Senhuile, including ABE International, which was operated by Harmodio Herrera until Dummai took over in 2011. Herrera himself served as a front man to operate a slush fund that channeled 22 million euros into the hands of the former treasurer of Spain’s ruling People’s Party, and also directed a shell company that helped the Episcopal Conference of Costa Rica avoid paying taxes. Before ABE International was set up, Dummai was involved with two companies with direct links to the law firm that helped launder money for former Chilean dictator Augusto Pinochet. These dubious connections prevalent in Dummai’s business ventures were exposed in reports by the Oakland Institute and GRAIN earlier this year. Tampieri should have thought twice before signing a deal with business associates with such visibly marred pasts. 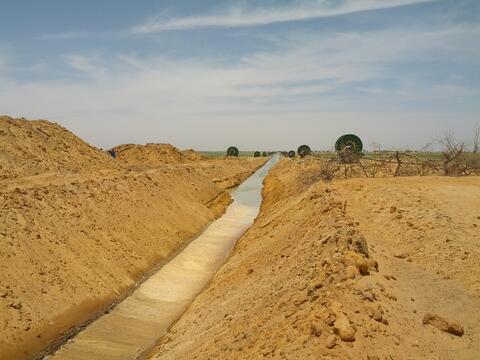 While Dummai’s departure and arrest indicate that the villages’ campaign against Senhuile is putting pressure on the company, Senhuile has yet to address many other obscurities about its operations, including transparency around what they are growing and for what purpose. Notably missing from the Senhuile press release is information on Dummai’s other roles in the management of Senhuile.

As director of several companies involved in the ownership of Senhuile, Dummai’s dismissal as the CEO does not necessary mean he is no longer involved in the leadership of the company. Information about who is behind the shell organizations Dummai helped to set up also remains unknown. Hopefully Castellucci will offer answers to some of these central questions.

Castellucci is entering a highly contentious scene amid ongoing efforts to protect the rights of local communities. The Collective for the Defense of the Ndiaël Reserve, a group with representatives from 37 villages established to campaign against Senhuile, is continuing to resist the plantation to recover their lost resources and livelihoods. Castellucci’s success as CEO will depend on his ability to navigate a landscape where his company is destroying the livelihoods of thousands of pastoral households. Given the fragile financial state of the company and the continued local opposition, the future of Senhuile looks as murky as its former CEO.

* Jettie Word is a Policy Analyst at the Oakland Institute.

For more information about the Senhuile project and its impact in Ndiaël, see Surrendering Our Future.

For more information on the organizational structure of Senhuile see “Who’s behind Senhuile-Senéthanol?” by CRAFS, GRAIN, and Re:Common, November 7, 2013.