Africa’s arable lands continue to receive growing attention for research and policy debate mainly due to the pressing social, political, and environmental challenges that African countries face with regard to food insecurity and foreign direct investments. “Securing Africa’s Land for Shared Prosperity: A Program to Scale Up Reforms and Investments,” [1] a book published by the World Bank and authored by Frank Byamugisha, is the latest in this debate’s odyssey. The book argues that the challenges of Africa’s land policies are technical rather than political, and suggests that demarcating land boundaries, formalizing property rights, and addressing inequities in ownership will indeed bring solutions to Africa so that it can reach “social stability, achieve economic growth, alleviate poverty, and protect natural resources from irrational use and pollution” (Byamugisha, 2013). 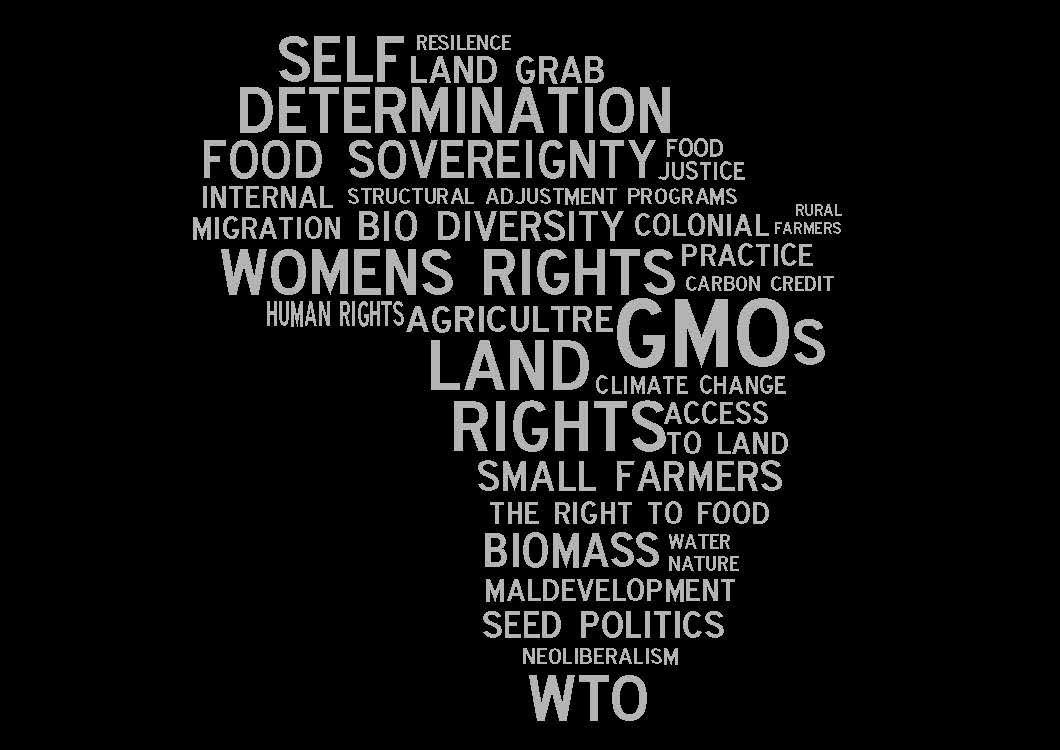 Byamugisha’s assessment of the flaws within Africa’s diverse land systems recommends many technical tools to tackle some of the challenges facing Africa’s land policies. Yet, his analysis avoids addressing critical historical characteristics that continue to adversely impact the continent today. Furthermore, Byamugisha also ignores the new forms of exploitation of the continent natural resources that have led to sociopolitical instability. The book fails to bring new substantive ways to untangle the complexity of land policies; many of these land policies are the product of a complicated set of drivers that include land grabs, global finance, and agribusiness--all of which are tied to the commodification of Africa’s lands. As such, any solution to Africa’s land policies requires a more comprehensive understanding of the driving factors behind large-scale land deals. In this context, “Securing Africa’s Land for Shared Prosperity” prescribed technical needs as the solution to issues of underdevelopment and economic dependency found in most African economies that left out critical and urgent debate on other factors that must be included in this discussion.

Byamugisha argues that to solve these problems, African states need to act on strategies that will turn Africa’s land grabs into development opportunities by “improving land governance to reduce the risks of dispossessing poor landholders while ensuring mutually beneficial investors’ deals.”  Such strategies, he suggests, lie in realizing two steps: “(a) clearly documenting communal rights (as private property), and (b) addressing the rights of individual stakeholders using strong community-level negotiation and dispute resolution mechanism (Byamugisha, 2013).” However, the book does not suggest how such strategies would enable small and poor farmers to stay on their lands and access the market place, and whether these strategies can advance African agriculture sectors. As such, the book fails to acknowledge that the real challenges for Africa’s sociopolitical and economic stability lie in the ways in which Africa’s heterogeneous economies have been incorporated into an unfair and unbalanced global economy. The main features of such incorporation into the global economy include: (a) historical dependency on an asymmetrical global trade system that continues to weaken African economies, and (b) the current waves of large-scale land deals that devastate land rights, land accessibility, and national food systems in many African societies. Both dynamics are working jointly to maintain Africa’s dependency on foreign actors, and it is these actors that continue to benefit from the export of the continent’s natural resources and raw materials to emerging and advanced economies. Byamugisha’s book not only overlooks the realities of Africa’s social, economic, and political instability in relation to land policies, but his research masks these realities with technocratic technicality. Thereby almost encouraging the exploitation of Africa’s land policies and natural resources, and in so doing, relegates Africa’s “development” question to solutions provided by neoliberal development policies and theory. [2]

Any serious attempt to tackle Africa’s interlocking sociopolitical and economic challenges must first and foremost understand that Africa’s “problems” require systems thinking. Systems thinking framework suggests that “Africa’s problems” are global as much as they are local, and are not simply the product of self-inflicted backward policies that need technical assistance. For example, a recent report published by the United Nations’ Development Policy and Analysis Division (DPAD) [3] presents a gloomy picture of the world economic situation for 2013 and 2014. It suggests that the slow recovery from the great global recession will have dire implications on many economies of “developing and least developed countries,” particularly with regard to structural policies of economic growth (i.e. high unemployment, fiscal austerity, sovereign debts, poverty reduction, etc.). As such, the challenges for African economies require a reorganization of local and global structures and institutions. Part of this reorganization would need to address the structural imbalance of the global trade mechanisms and forced neoliberal policies that have been imposed on African economies for over four decades.

The historical patterns of asymmetrical global trade system and practices, often imposed by international financial institutions and backed by powerful northern countries (such as loan conditionality), have contributed to and exaggerated structural imbalances that have led to the current waves of land grabs and food insecurity in Africa.  On the one hand, the Structural Adjustment Programs (SAPs) of the 1970s restricted most countries in the Global South from investing in their agricultural sectors. The World Bank (WB) and International Monetary Fund (IMF) imposed loan conditions that excluded state control on agriculture sectors, which harmed these sectors in many African countries and created a system of foreign dependency within their national food systems. Meanwhile, northern countries were doing just the opposite. The United States and European Union increased their agricultural production by benefiting from inconsistent policies of subsidies, tariffs, “free trade” agreements, and unequal quota systems. The overproduction of agricultural commodities in the US and EU dominated global markets, and allowed them a considerable competitive advantage, to the extent that poor countries were made into dumping grounds for the US’ and EU’s surplus crops. These surplus crops have often been sold at lower prices than domestic crops, thus driving domestic farmers out of the market.  On the other hand, and in order to receive loans, poor countries have been prohibited from pursuing similar policies of subsidizing their agricultural sectors and have been forced to accept loan restrictions, unjustified high interest rates for such loans, and unfair “free trade” agreements that have made their agricultural products very costly. As a result, African countries have lost one opportunity after another to advance their national agricultural sectors.

The recent increase in large-scale land deals in Africa can be explained by: (a) the global rush for alternative sources of energy, namely bioenergy; (b) the exploitative global system that generate demands for certain, natural raw materials such as timber and coltan, and freshwater; (c) speculation on global food demands; and (d) speculation on farmland prices. The global dynamics of large-scale land deals have sparked public debate on the costs and benefits that result from such practices. Some have argued that large-scale land deals are creating another scramble for Africa’s natural resources and these land grabs will ultimately lead to environmental damages, food insecurity, marginalization and dispossession of rural communities (Moyo, 2008 [4]; Oakland Institute [5], 2010; Carmody, 2011 [6]). Others have suggested that the African continent and its people have been called on again (as was the case during colonialism) to provide the resources for advanced and emerging economies’ energy needs in order to salvage their globalized financial crises, while simultaneously devastating African economies (Okeke, 2008 [7]; Bassey, 2012 [8]). On the other hand, some have insisted that the large-scale land deals would provide new “development opportunities” and “global partnerships” for the continent and its people if only scrutiny systems were in place (von Braun and Meinzen-Dick, 2009 [9]; World Bank, 2011 [10]). Similarly, “Securing Africa’s Land for Shared Prosperity” continues this latter argument.

Given the scale and inevitable consequences of the large-scale land deals, it is imperative to emphasize the economic, political, environmental, and social consequences that are negatively impacting labor relations, devastating local food systems, and intensifying dispossession of rural communities in many African countries. Furthermore, the current upsurge of land deals has exacerbated the continent’s preexisting food insecurity and threatens to make it a chronic feature of its sociopolitical system. The totality of these practices is indeed the tragic achievement of a system guided by illusions of development opportunities embedded in a neoliberalist framework. The solution for Africa’s land “problem” is to not treat Africa’s sociopolitical and economic challenges as purely technical or self-inflicted. Such rhetoric only serves to negate Africa’s land question and context. Rather, land policies in Africa need to be tackled in the multifaceted context of underdevelopment, asymmetrical global trade, and economic dependency.  To that end, African states need to enact redistributive land reforms to: (a) revise and modify the colonial nature of customary laws that tend to increase land concentration and marginalize small farmers and poor, rural communities; (b) reverse existing legal frameworks and institutions that manage land allocation and land use to better serve the interests of the people who suffer most from the impact of large-scale land deals; (c) promote targeted access to land and resources for rural women and small farmers; and (d) halt all large-scale land deals and renegotiate these deals on the basis of social, political and economic national interests that strive toward food security, poverty alleviation, and environmental protection.

2. See Pablo Alejandro Leal (2007): Participation: the ascendancy of a buzzword in the neo-liberal era. Development in Practice, Volume 17, Numbers 4–5, August 2007

8. Nnimmo Bassey (2012): To Cook a Continent: Destructive Extraction and the Climate Crisis in Africa, Fahamu/Pambazuka Press.

10. The World Bank Report (2011): Rising Global Interest in Farmland: Can it Yield Sustainable and Equitable Benefits?