Which version of the company’s own documents are we to believe when they present completely opposite information depending on the audience?

Herakles Farms doesn’t seem to value providing straightforward information or answers to the Cameroonian government, the local population impacted by their palm oil plantation in Southwest Cameroon, nor their own investors.

Depending on which of these groups one is in, Herakles Farms's claims make it difficult to know what is real. The company says it is:

In possession of all necessary permits for the palm oil plantation 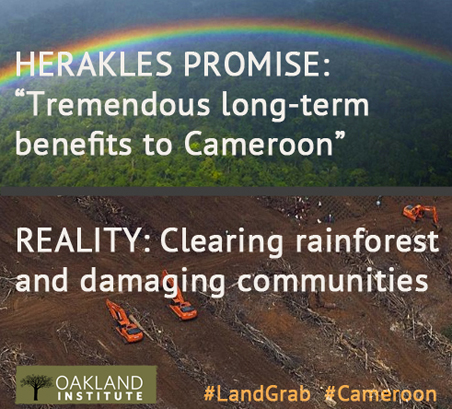 Paying a fair price of $1 per hectare for the land

Grossly underpaying the Cameroonian government and people based on internal valuations of the land at $4,000 to $6,000 per hectare. 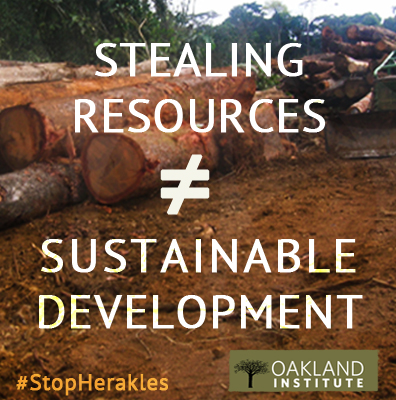 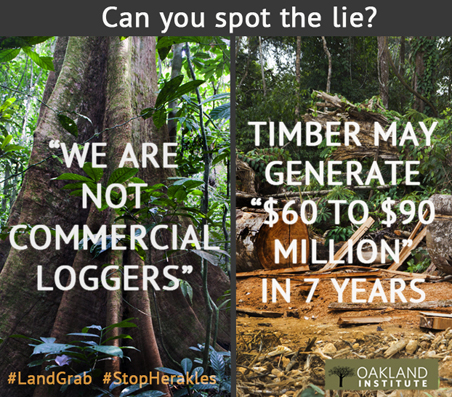 But the lies of Herakles Farms can only take them so far. Now the truth has been exposed, with Herakles Farms own internal documents providing the evidence of their double-speak.

The Oakland Institute’s work has exposed some insidious double dealing and manipulation over the course of the years that we've been monitoring land deals in Africa. But the level of misinformation provided by Herakles Farms is unparalleled, as the company and CEO cloak their lies in a veil of benevolence and proclaim sustainability and poverty reduction. Yet Herakles Farms’s attempts at greenwashing and poorwashing have been exposed yet again. Now that true information is available, we hope the Cameroonian government will take measures to protect the livelihoods of local communities and stop Herakles’s plan to destroy rainforests for palm oil.

* Melissa Moore is the Communications Director at the Oakland Institute.