We Need Bold, Ambitious Action to Address the Climate Crisis – and Agroecology is the Answer

Last week, the Intergovernmental Panel on Climate Change (IPCC) released its latest report on the climate crisis. Focused on climate change and land, the report makes it clear that fixing our food system is imperative to addressing the crisis. And with many experts warning that we have less than two years before changes to our planet become irreversible, there is an urgency to act quickly.

The past sixty years have seen massive changes in the ways that we grow food: rising industrial food production has led to surging greenhouse gas emissions; a handful of mega-corporations have seized control of everything from seeds to chemical inputs; the use of nitrogen fertilizers has risen by 800 percent; monoculture production has soared while seed diversity has plummeted; and more. This has made our agricultural system both a major driver of climate change — and majorly vulnerable to its effects.

The IPCC’s report makes it clear that transformative change is needed now. Crucially, the report highlights the need for seed sovereignty and the abandonment of monoculture, the importance of Indigenous knowledge in “enhancing food systems resilience,” and the vital need to expand agroecological and agroforestry practices, with “robust evidence and high agreement” on the fact that “increasing resilience of the food system through agroecology and diversification is an effective way to achieve climate change adaptation.”

Riddled throughout the chapter on food security are stories of smallholder farmers using traditional knowledge and agroecological principles to increase their resilience — from small-scale paddy rice farmers dredging irrigation canals and using organic fertilizers in Iran to the adoption of inter-cropping and agroforestry to build resilience in India.

Perhaps most telling is the story of Indigenous food systems in the Hindu-Kush region of the Himalayas. The 1960s “Green Revolution” drastically reduced the diversity of food production in the region, contributing to malnutrition and increased instances of diabetes, obesity, and heart disease today, while also making the region vulnerable to climate change. Now, sixty years on, attention is now being put on the need to scale-up the production of “neglected and underutilized species,” in essence, to rebuild the very agricultural and nutritional diversity that was lost. These Indigenous crops that were once wiped out in favor of a few commercial crops grown with heavy agrochemical inputs are finally being praised as offering “tremendous opportunities” for addressing poverty and malnutrition and mitigating the effects of climate change.

This example lays bare a key facet to the change that is so badly needed: we must move past the false solutions — and the actors — that got us into this mess in the first place. This means prying the power out of the hands of mega-corporations like Bayer-Monsanto, who have spent years suing small farmers for tens of millions of dollars to protect their seed patents while promoting destructive agricultural products that have poisoned people and the planet and giving it back to farmers on the frontlines. It also means calling out institutions like the World Bank, Bill & Melinda Gates Foundation, USAID, and DFID for their relentless efforts to push pro-corporate false climate “solutions” on developing country governments around the world.

For years, the Oakland Institute has done just that. We have worked tirelessly to expose land grabs that threaten smallholder farmers and Indigenous groups while making way for plantation agriculture projects; we have revealed the role of western institutions in pushing a pro-corporate agriculture agenda in the developing world; and we have promoted blueprints for agroecological solutions that are economically viable, environmentally responsible, and socially fair, shining the light on a resilient path forward.

With the clock ticking and the window for change narrowing each day that goes by, it is clear that we need a bold and ambitious campaign to invest in agroecological solutions that build robust, diverse, and resilient food systems in communities across the planet. The good news is, just as is evident in the Himalayas, such bold action won’t just help us address climate change — it also has the potential to address systemic issues like poverty and malnutrition.

This will be no easy feat, but the fate of our food system, and indeed our world, rests upon it.

Elizabeth holds a Master of Arts in Global Governance from the University of Waterloo’s Balsillie School of International Affairs in Canada, where her research focused on understanding national and international responses to famine, and examined whether commodity exchanges help or hinder agricultural development in Sub-Saharan Africa. Elizabeth was nominated for the Governor General’s Gold Medal for her work at the University of Waterloo. 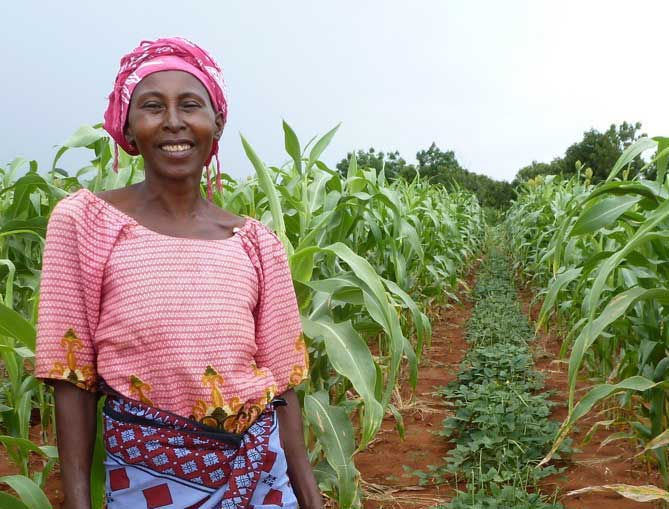